These magnificent Bur Oaks are descendants of an old-growth forest that once lined the Ottawa River from Chaudiere Falls to Deschenes Rapids. The oldest trees are confirmed to be more than 160 years  – which means they are not just older than our 60 year-old neighbourhood,  they are also much older than Canada itself. Some were here when Nepean was first being settled in the 1840s.

This oak forest ecosystem would have covered the South shore of the Ottawa River when Samuel de Champlain explored the area that bears his name in the early 1600s – and he surely would have seen some of the parents of our current oaks. One of his compatriots, Captain Pierre Chevalier de Troyes, noted “the oak forest” here in 1686 on his way up the river to expel the English from James Bay. The neighbourhood of Champlain Park – near the Champlain Bridge in the West End of Ottawa – has managed to preserve more than two dozen of these centuries-old trees. They are called the Champlain Oaks because of their location in Champlain Park and because, like Samuel de Champlain himself, they are part of our heritage.

Get updates by e-mail

The Champlain Oaks Project: we're a volunteer group of neighbours, honoured to share our community with these magnificent old-growth giants, and dedicated to celebrating, preserving, and restoring the historic Oak forest in Ottawa's West end. 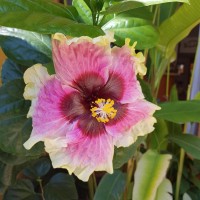